The 5th of November is coming up and everybody knows what that means....BONFIRE NIGHT! Guy Fawkes Night, or better known as bonfire night, is this Sunday but do you know the story of Guy Fawkes? Well here’s a quick summary of what happened....

Guy Fawkes and the Gunpowder Plot has been a true traditional story from 1604, were Guy Fawkes was involved in a small group of English Catholics who planned to assassinate King James and his governments by blowing up the Houses of Parliament with gunpowder.

One of the members of the group was promoted in June 1604, gaining access to a house in London were they dug an underground tunnel along to underneath the Houses of Parliament to begin their plot. According to Fawkes 20 barrels gunpowder were brought through first, followed by an additional 16 more on the 20th of July, for the plot to be carried out then. However with the heavy outbreak of the plague, the opening of Parliament was delayed until the 5th of November. However Fawkes and his group’s plot were foiled when he was discovered guarding barrels of gunpowder in the cellar of the House of Lords, exposing the plan to kill the King.

From there on, Guy Fawkes was interrogated 5 times and didn’t give up any information until the 5th time, were he gave up his name and the plot. He was then hanged in Westminster; London on the 31st January 1606 aged 35. 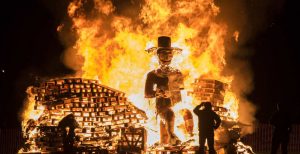 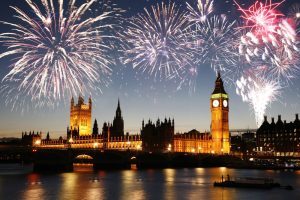