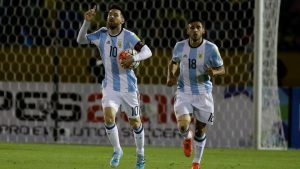 Cup in Russia. Lionel Messi, with the weight of the countries World Cup hopes on his shoulders, put 3 past Ecuador to secure their place in the 2018 World Cup.

With a pitiful qualifying campaign, it meant Argentina had to win in order for them to be heading to the World Cup next year. After going 1-0 down after 40seconds, Argentina’s World Cup hopes seem to have been destroyed and it looked as if the world’s greatest player wasn’t going to the biggest international tournament of them all. However Lionel Messi had other ideas, and scored a hattrick as he single-handedly took Argentina to the 2018 World Cup in Russia and proved to the world why he’s the greatest player in the world.

Fact: Lionel Messi is the only player to score competitive goals for Argentina within the last 11 months, showing his individual genius on the ball and how he has single-handedly carried his country to victory over the last year. Once again showing his un-human talent.

Messi has been known to have many different hairstyles over his career, such as: long hair, short back and sides with a quiff and the most recent blond quiff and beard. Here at Mark Mardells our staff have excellent barbering skills to give you the fresh footballer’s haircut like Messi’s or other footballers such as Cristiano Ronaldo’s or even Sergio Ramos’s.

Ring today and make yourself look as fresh as your sporting icon! 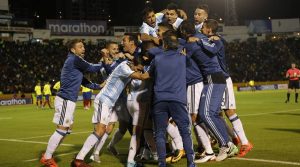